Today, as we read the most recent AP report on the ongoing investigation into the murder and cover up surrounding the death of Ronald Greene, we were encouraged to learn that federal prosecutors are investigating whether Louisiana State Police leaders obstructed justice to protect the troopers involved in Mr. Greene’s death. We applaud the investigators who are “moving up the chain of command, probing allegations that supervisors disregarded the video evidence, quashed a recommendation to arrest one of the troopers and recently pressed a state prosecutor not to bring any charges.” We also commend their order for a new review of Greene’s autopsy as part of the probe.

Immediately after the first AP report in May regarding the leaked footage of the brutal murder of Ronald Greene, we joined together with like-minded partners to express the urgent need for a deeper federal investigation into the apathetic response and cover-up by the Louisiana State Police for more than two years.

Together with the National Urban League (NUL), we wrote an official letter to Louisiana State Police leadership calling for all troopers involved to be fired and arrested, and for there to be a thorough and transparent investigation into the inconsistent accounts. We also joined NUL in sending an official request to the Department of Justice calling for quick, thorough, and decisive action in its investigation into Mr. Greene’s tragic death.

In late May, we released an official petition demanding justice for Ronald Greene, calling for all troopers involved, named and unnamed, to be terminated and arrested immediately. Since then, over 23,000 people have joined with us in echoing this demand for action. There has also been an increase in national attention given to this case as more details have been uncovered.

As we await the findings that federal prosecutors are preparing to present to a grand jury by the end of the summer, we hope it brings with it the first charges of any kind in this case and leads to additional action being taken to address the systemic patterns and practices of police brutality.

KEEP SHARING!
If you’ve already signed, THANK YOU! Please help us continue to raise visibility by sharing with others. We want decision makers to know that we are not alone in demanding justice.
SIGN THE PETITION AND SHARE WITH OTHERS!
Click on an image below, right click, and select “Save Image As” to save one of our social cards and share with your social media network.
Please tell your friends and family to go to urbanleaguela.org/petition in the caption! 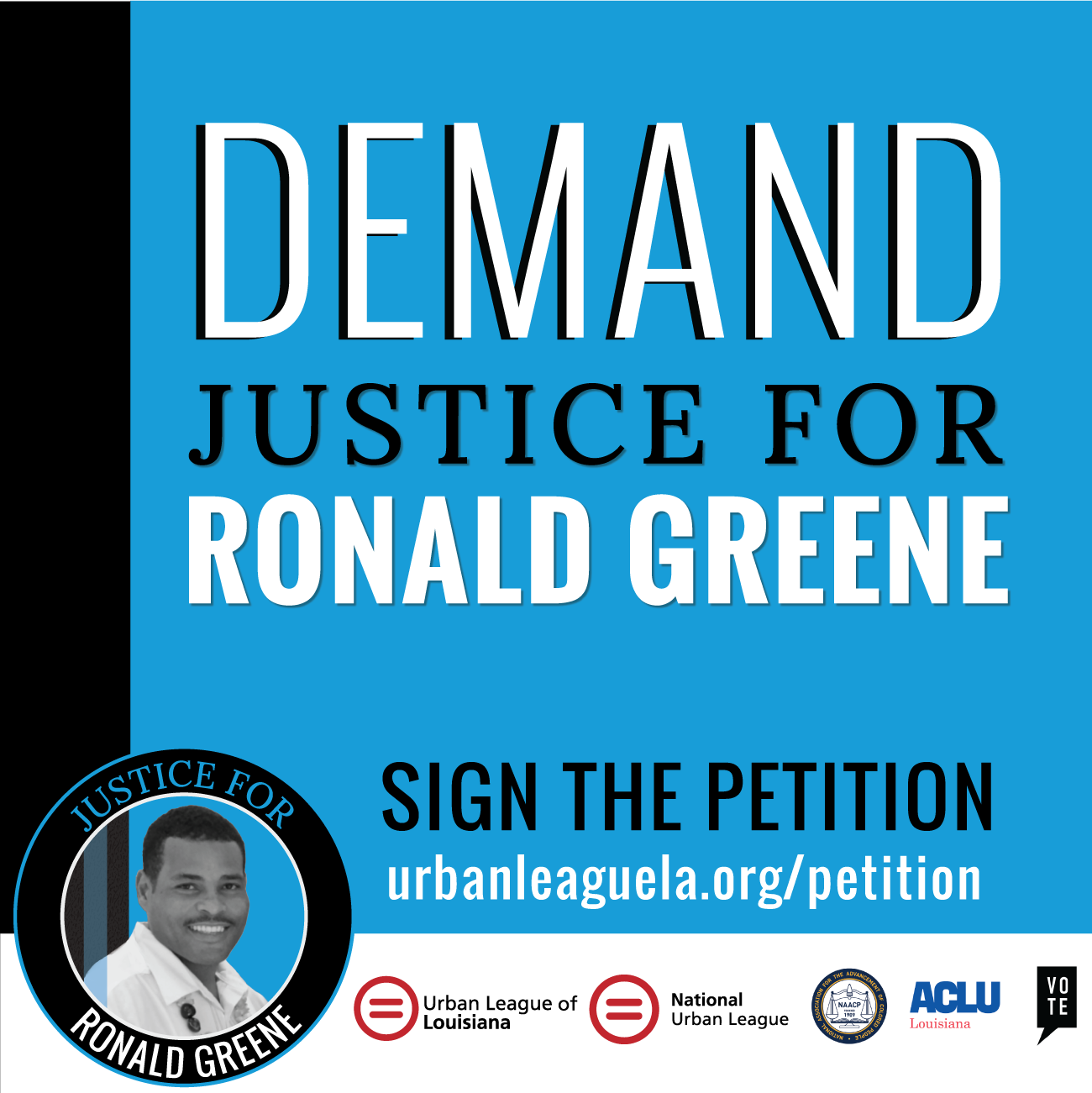