Last Thursday, we launched our official Justice for Ronald Greene online petition with our partners the National Urban League, the NAACP Baton Rouge, ACLU of Louisiana, and VOTE.

We, and those who sign this petition call for:

All troopers to be arrested on charges that are appropriate for the crimes committed. There have been no charges thus far, after two years since Mr. Greene’s murder. The officers involved, named and unnamed, must be arrested immediately. 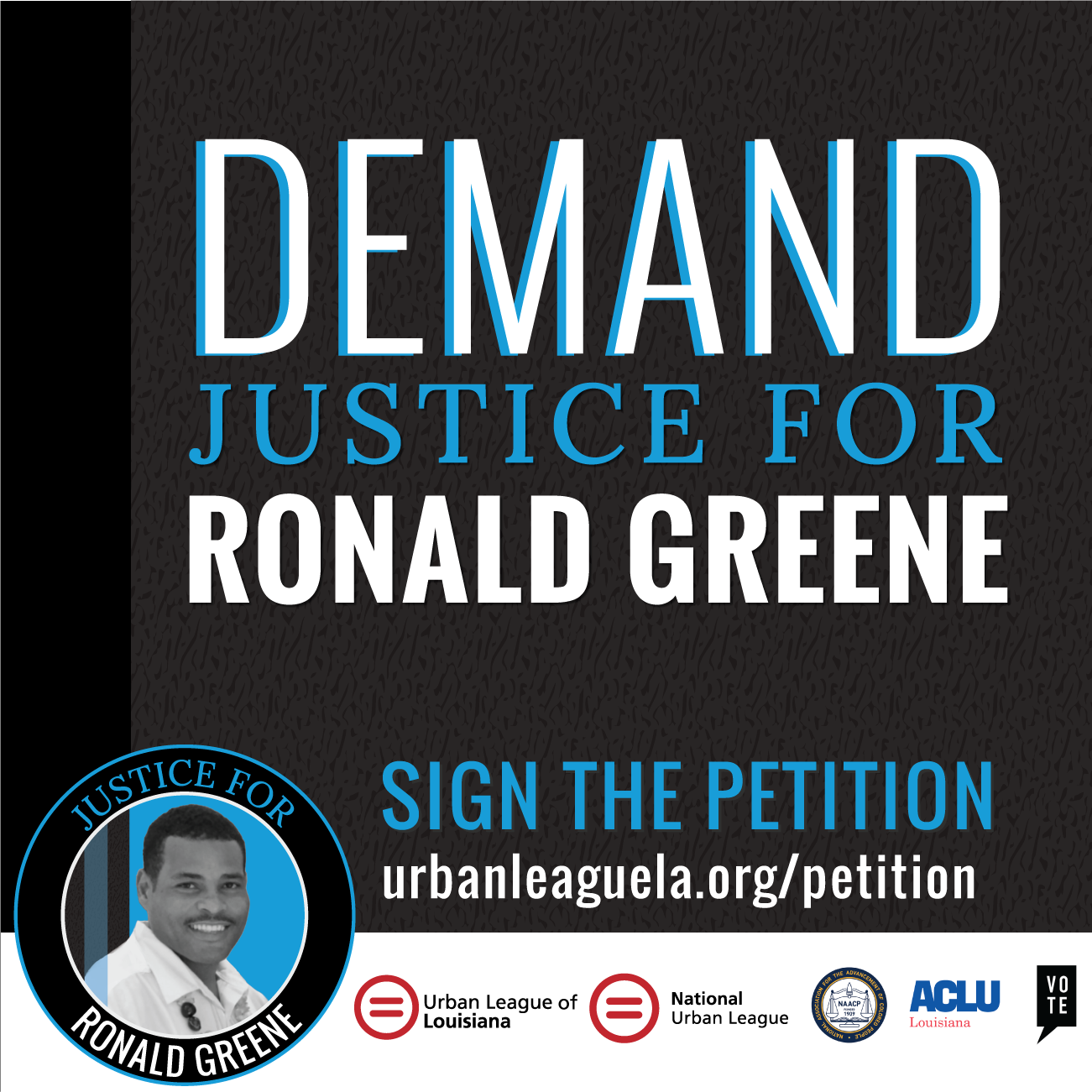 YOUR SIGNATURE MEANS SOMETHING

Your signature helps to make an IMPACT.

Our President and CEO Judy Reese Morse was highlighted in the New York Times article recounting last week’s rally and calls to action.